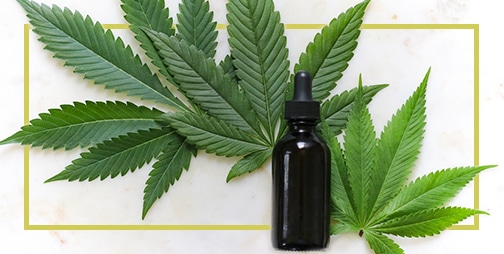 Perhaps you have heard of the many hemp oil benefits – addressing physical discomfort, emotional homeostasis, supporting a good night’s sleep and simply overall wellbeing. But then what? Even though the use of hemp oil as a herbal remedy is relatively new on the market, there are many companies selling products that vary widely in terms of production and effectiveness. It can feel overwhelming to know what to look for when wanting to try a daily dosage for yourself.

In this ultimate Healing with Hemp Oil: buying guide, we will talk with experts about the two most important things needed to experience the maximum hemp oil benefits: the right genetic strain of a hemp plant for the best farming practices and a proven, effective lab production process. Without the right plant, there are no benefits. Without the right processing method, even the best plant won’t help you achieve optimum health.

Ready to learn about what it takes to create the hemp oil benefits you seek? Let’s start at the beginning:

A seed is a seed, right? Wrong. So much of the hemp that is used to make hemp oil today is low-grade, industrial hemp grown in factory farms in Europe, China, and Canada. Because the plants are grown for a wide variety of uses – hemp is also used to produce cooking oil, clothing, non-dairy milk, rope, and many other items – the seeds are not genetically screened for their therapeutic value. The plants are shipped in bulk to a facility for production, but the consumer can never really be sure what seed it came from.

“If you can’t track your product easily back to the originating plant, then you may have cause to be concerned,” said Dean Pinault, the farm operations manager at Synchronicity. “We take a lot of pride in our farming practices.”

At Synchronicity, the small growing team uses a proprietary hemp plant that yields the highest phytonutrients and broadest spectrum of other cannabinoids and terpenes. They are working to develop even better hemp strains with higher levels of phytocannabinoids and other nutritional components as well.

Of course, you can have the best seeds but poor farming methods. Many farms grow their hemp with massive amounts of chemicals to fight the weeds, but that results in chemically laced plants. For the four years that Synchronicity has been growing, they’ve used cover crops like winter rye and good, old-fashioned hoes to address the weeds on the 65 acres they farm, Pinault said.

“Our practice is really important because it all ties into basically having a healthy, soil and a healthy, plant, which gives you the best opportunity to maximize the specific genetics we have,” he said.

A new greenhouse and warehouse are currently under construction to meet the growing demands for production. Each year, they begin in January to prepare the mother plants for cloning to maintain the 90 percent stability rate of the seed’s genetic profile. The new plants are then carefully maintained until April when it’s time to plant. Harvest takes place usually around August or September.

Accountability at All Levels

Once the hemp is harvested – each year has produced up to 20 tons of high cannabinoid flowering plants – the crops head from the farm in Pueblo, Colorado about three hours south to the production laboratory in Louisville, Colorado. This simple transportation process also sets Synchronicity apart from companies that use industrial hemp, said Kai Metcalfe, the production lab director.

“Industrial hemp that is imported tends to be stalks and seeds, but most of the cannabinoids and terpenes are concentrated highly in the flower and a little in the leaves and the stalk,” she said. “If the extraction is coming from the seeds and the stalk, that’s a solid point I would question.  Cannabinoids are not concentrated in either of those places. They exist, but it would be a red flag for me as a consumer.”

Metcalfe receives flowers, some leaves, and some stem – but very little stalk – in 55-gallon buckets straight from the Pinault at the farm. The first step to accountability is leaving the fibrous stuff out of the production process, and oversight happens repeatedly at every phase.

Another big difference among companies is that many use an isolate rather than the entire plant. An isolate is created by using chemical or high-pressure solvents to break down the plant into a white power that is 98 percent one single compound. That white powder is then mixed into an oil-based substance to create the hemp oil. Some companies will use an extraction process and then distill it further to get the remaining THC out, and some companies add terpenes (the aromatic portion of the cannabis plant that has been shown to have health benefits of its own) back in for a richer nutrient profile.

But Metcalfe says science shows a full-plant product to be superior.

“The idea is the sum of the parts is greater than the whole. When you get an isolated compound, the range of efficacy is pretty narrow,” she said. “You have to have a high-level dose, but then if you surpass that you do not get constant improvement. And some trials showed that increasing the serving size of isolate did not increase its efficacy for very long. With a whole plant, there is a much greater chance of increasing the efficacy when you increase the serving size.”

It’s known as the “true entourage effect ™.” The synergy of all the different compounds found in a hemp plant work in tandem to produce the hemp oil benefits sought by the consumer. This happens only in a full-spectrum product.

Next, the way companies turn the hemp plants into hemp oil varies dramatically. Often, there is a chemical extraction process used. Companies will use butane or carbon dioxide as they pump high-pressure gases throughout the plant matter to break it down into an extract. That’s not the method Synchronicity uses.

“Our goal isn’t to break the plant matter down, because everything we need is on the surface of the plant,” Metcalf said. “We’re not breaking the plant down in any way to get the extra bitter compounds. We’re going for the cannabinoids in the trichome on the outside.”

Metcalfe’s team uses what is known as a lipid infusion process to create the oils used in tinctures, capsules, and salves. What they do is steep the plant almost like a tea in either coconut oil or MCT oil (depending on the end product, since coconut oil can solidify when room temperature drops) at a set temperature for a specific time and pressure. Then they strain the hemp and dilute it to the correct concentration.

“There’s no risk of consuming butane, hexane or heptane,” she said. “Tons of companies use chemical solvents in botanical extractions, but you have to be so careful and meticulous to get all the solvents out. The FDA has acceptable levels of chemical solvents in products, but nobody would want to eat even two parts per million of butane. That sounds kind of gross.”

By using the natural lipid infusion method, Synchronicity is able to offer a product with cannabinoids and terpenes as well as chlorophyll, flavonoids and other beneficial compounds found in the entire plant, Metcalfe says.

Understanding the method used in the laboratory is perhaps the best research a consumer can do before purchasing a hemp oil product.

Of course, we’ve all read about herbal supplements that, after tested, actually contain very little of the beneficial ingredients consumers are paying for. How can you know that the tincture, capsules or salve you are purchasing is actually what the company says it is? Beyond tracking the product from seed to oil, you can look at the company’s quality control standards.

“We test at multiple stages, starting with the initial extraction to see the starting concentration and then we compare that with the specification sheets for every product we offer,” Metcalfe said. “We test, dilute, and then we test again to get the level we’re aiming for.”

By constantly testing the product before being offered as hemp oil for sale, the technicians can be confident they have not miscalibrated either too much or too little. This is an extremely important step, as it just one difference between hemp oil and medical marijuana.

Medicinal marijuana – while containing THC, so the user will feel a perhaps unwanted euphoria and behavioral modifications – is also processed less, which means the user may not have as much control as to the dosage. When using hemp oil, it is recommended to start with a small dose to see the impacts it is having on your health and wellbeing before deciding to increase your dosage.

Once a consumer is comfortable with the seed genetics, farming practices, laboratory processes, and quality control, it’s time to decide the best way to consume hemp oil as part of a daily herbal supplement treatment.

Hemp oil is not smoked. It is not vaped. It is digested so that the cannabinoids can interact with the receptors in your body.

That’s what makes hemp oil produced by companies like Synchronicity different. The three main methods of delivery are:

To decide which is best, take age, wellness goal and desired serving size into account. A tincture can be added to meals or tea, while a capsule can be taken at night like a multivitamin. A salve is ideal when there is a specific spot of physical discomfort or if a consumer has trouble swallowing.

With each method, you should feel as confident in the product as those who help to produce it.

“We have pride and love in what we do,” Pinault said. “We take our time to get things done right. We always have the consumer’s best interest at heart. We love what we do, and we do it in the right and proper manner.”

Ready to see the options of hemp oil available for purchase? Click here to shop now! 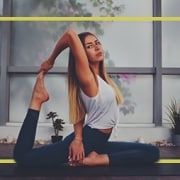 How Hemp Can Support Your Yoga Practice 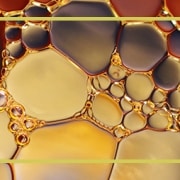 Should You Choose Hemp-Oil Tincture That Includes THC? 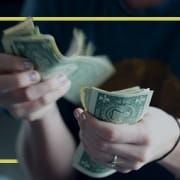 THE GUIDE TO HEMP OIL PRICES 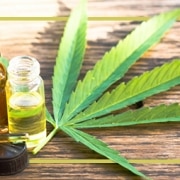 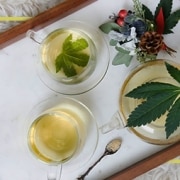 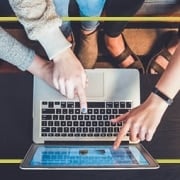 What Are People Saying about Hemp Oil?